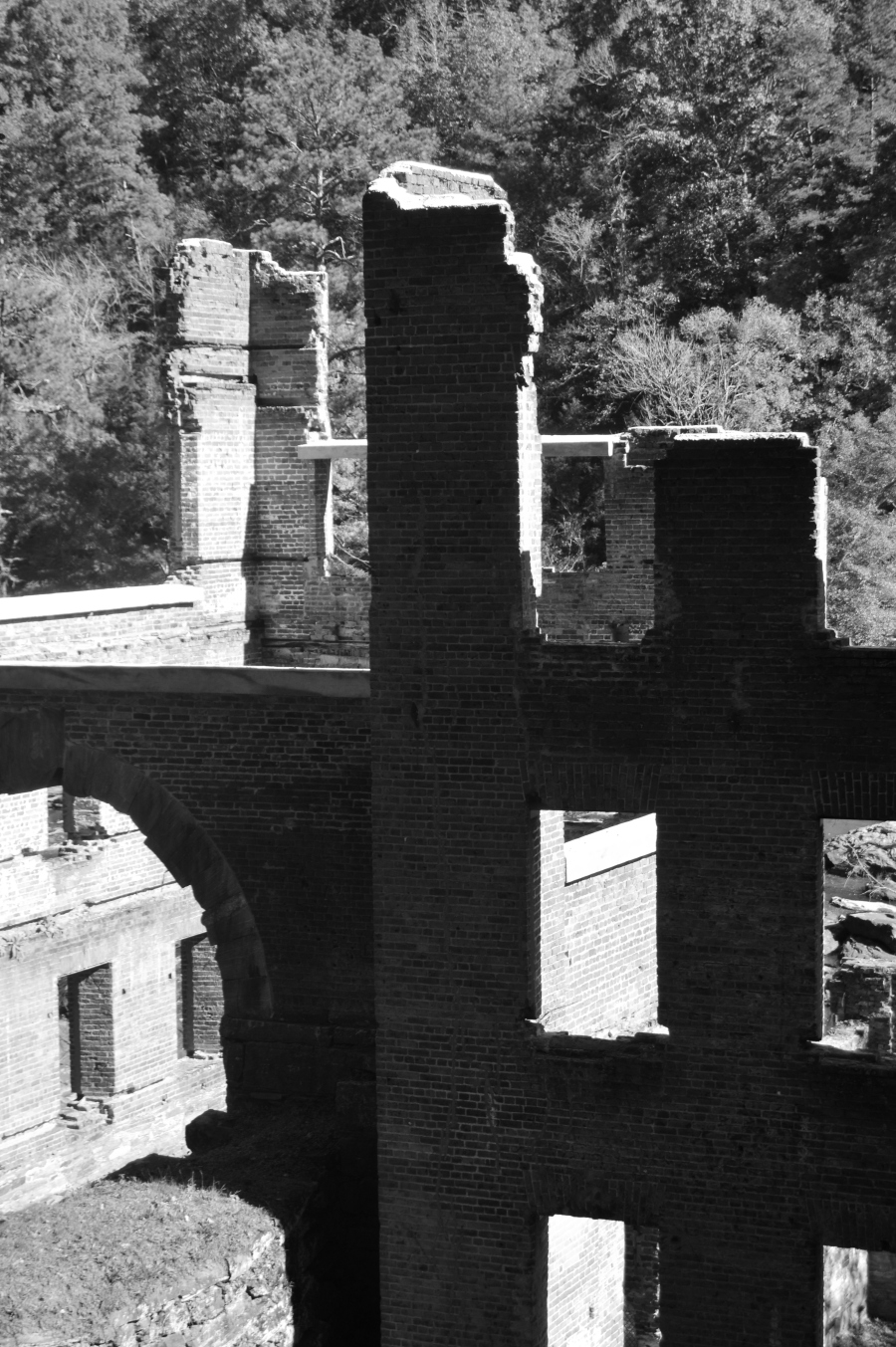 a census and a well respected King

Have you ever told a white lie? A teeny, tiny little lie? Maybe it was a half-truth even… and it wasn’t even THAT serious–you only did it in an effort to protect a friend’s feelings? What’s wrong with that? I mean, you did the right thing….right? What about shoplifting something that seems small and insignificant? Talking about someone behind their back?

If Christ came to cover all the sins for all of mankind forever, then one tiny little lie won’t really matter, will it? What’s the big deal?

In this article, we will jump feet first into the problem of sin, and it is my sincere hope that you leave with a better understanding of it than you might have had before. Let’s go!

Are you familiar with the story of David taking the census? You ‘ll find it in 1 Chronicles chapter 21, but to really get a feel for understanding it in its context, we might need to start at 1 Chronicles chapter 15. David is King. He has enjoyed fellowship with The God of Israel and YHVH calls David His friend. During this time in scripture, we read of the many battles and lands and peoples that David and the Israelites have conquered because of the LORD’s favor. YHVH has gone before them in battle after battle, and they are safe from just about all of their enemies. David brings the Ark of the Covenant back to Jerusalem, places it in the tabernacle, and sets up regular worship. He then plans in his heart to build The LORD a permanent house. After all, YHVH has been so gracious with David- he has everything he needs, a prosperous kingdom, a fine house, riches, and respect. Most of all he has an uninterrupted fellowship with his friend.

One night David is talking to another friend, Nathan, a prophet, and David tells him of his desire to build His God a house. Nathan at first tells David to do everything that he has in his heart- but later that night, the word of the LORD comes to Nathan, and he is told that YHVH doesn’t want David to build Him a house. What He has is enough. He says that it’s easier for Him to move about with the people of Israel in tents, so He can always be near them. YHVH tells Davis that He has made him ruler over much, and has loved him, but He will have to politely decline on the offer of a house. He then tells David that his son, Solomon will actually eventually build a house for Him. So, being a good and trusting friend to YHVH, David says he is cool with that idea, and then goes on to experience more favor at the hands of the LORD, winning more battles and conquering more lands and peoples and goods.

That gets us up to speed. David is winning everything because YHVH loves him- and YHVH gives David favor because David loves YHVH back. It’s a really beautiful friendship. That is until David decides to take the census. Pay attention to what happens here. 1 Chronicles 21 says that Satan rose up against Israel, and stirred up David’s heart to take a census. He tells his buddy Joab to go and count the people, but Joab- a very wise man- questions David’s motives. He reminds David that all these people are faithful servants of the LORD, and asks him if he REALLY wants to do this. David was the King, and since he had already made up his mind, there wasn’t much Joab could do. David’s word prevailed. So Joab went out and counted all of Israel and Judah- but because he didn’t want to take part in this thing, he didn’t even count the people in Benjamin and Levi. Then he went and gave David the headcount. This made YHVH really mad. Let’s read:

7 And God was displeased with this thing; therefore He struck Israel. 8 So David said to God, “I have sinned greatly, because I have done this thing; but now, I pray, take away the iniquity of Your servant, for I have done very foolishly.” 9 Then the Lord spoke to Gad, David’s seer, saying, 10 “Go and tell David, saying, ‘Thus says the Lord: “I offer you three things; choose one of them for yourself, that I may do it to you.” ’ ” 11 So Gad came to David and said to him, “Thus says the Lord: ‘Choose for yourself, 12 either three years of famine, or three months to be defeated by your foes with the sword of your enemies overtaking you, or else for three days the sword of the Lord—the plague in the land, with the angel of the Lord destroying throughout all the territory of Israel.’ Now consider what answer I should take back to Him who sent me.” 13 And David said to Gad, “I am in great distress. Please let me fall into the hand of the Lord, for His mercies are very great; but do not let me fall into the hand of man.” 14 So the Lord sent a plague upon Israel, and seventy thousand men of Israel fell. 15 And God sent an angel to Jerusalem to destroy it. As he was destroying, the Lord looked and relented of the disaster, and said to the angel who was destroying, “It is enough; now restrain your hand.”

Let’s unpack this for a minute. Why does it matter if David took a census? He was only counting people. That doesn’t seem like a huge deal. Why was that something that caused the death and destruction of so many people on behalf of David’s sin? Doesn’t that make YHVH unfair and nasty? Why would He do that to those poor people?

In order to really understand what’s going on here, we have to discuss a few things. One, David wasn’t the only one who had sinned. If you read through the Old Testament, what do you see? The Israelites CONTINUOUSLY sin. They had constantly gone toward idol after idol after idol and Elohim had shown constant mercy toward them because He loved them so very much- even when they hurt Him- which was a lot. Not one of them was innocent. Which brings me to my second point. So many people read through the Old Testament and come away with this crazy image of a god that is some cruel, angry kid with a magnifying glass over an anthill, waiting to burn anyone who looks at Him the wrong way, or that He’s murdered thousands of people at the same time that He has some rule about murder being a sin, so He’s really just a hypocrite and shouldn’t be trusted.

They have sorely missed the heart of the Father.

To see why this is such an inaccurate and damaging view of our LORD, we need to understand something. Killing is not the same thing as murder, and sin is poison. Murder is the shedding of innocent blood, while killing is the justified albeit sobering response to a horrible crime.

Have you ever read about Dr. Emoto’s water experiment? He took several glass jars of water and wrote positive words on some of them, like “Thank you”, “I love you”, and “Gratitude”. He then took the rest of the jars and wrote negative words on them. Things like “I hate you”, “You make me sick”, and “Idiot” After several weeks, he studied the water under a microscope and what he found was amazing. The water molecules in the jars with the positive messages were clean, clear, well-formed molecules while the water molecules from the negative jars had become dirty, misshapen, and had begun to break down. It is the same with our sins. Sin breaks down everything it comes into contact with. It is literally poison. It will damage you, your life, your loved ones, and everything in its path.

So you see, David, when he took the census, reveals to us two things. One was that He hurt YHVH by not trusting Him. He had seen the LORD’s hand in his life continuously. YHVH had told David to trust him and even shown him that He could be trusted. By taking the census and trying to figure out what his odds were against his next enemies, he was showing a lack of trust in the Father’s ability. (We sometimes do that, don’t we?) The second thing that it shows us is that David’s sin- his rebellion toward YHVH- had tainted everything. The constant sins of the Israelites had tainted everything. The Earth was even tainted through sin. God killed (not murdered) those people because their sin was destroying everything around them, and He did it to illustrate to David- a well-respected King that people would listen to- just how bad sin is. He needed to show David the sheer gravity of sin and what happens when disobedience becomes your choice- and He needed to purge it out so that He could continue to be Israel’s God and provide for them favor and mercy.

I know what you’re thinking- I thought that Satan rose up and made David do it! Nope. The Devil can’t MAKE you do anything. He can influence you. He can whisper. He can tempt. But you are still responsible. So David was responsible for the deaths of all those people, and it broke his heart something awful. But there is something else we need to see. The heart of the Father.

Here’s why the anthill view is so distorted. If you only read over the verses you might miss the point that YHVH was making. Verses 14 and 15 tell us that YHVH was heartbroken right alongside David. Some translations read that “God was grieved at the calamity…and told the Angel to sheath his sword…” What we see is a creator, loving His children through massive amounts of rebellion, and showing massive amounts of mercy. Then their sin becomes too great, and He has to show them what their own sin has the power to do. The God of Israel was broken and weeping at the fact that those people perished. He wanted David and the Israelites to enjoy His favor and His fellowship- but instead, He had to take painful measures to correct His children.

When we sin, even our flesh and the clothing we wear becomes corrupted. It must be destroyed, or it will spread like wildfire and ruin everything. It’s like dropping dirt into a pool of water-it all becomes muddy.

When we sin, we destroy. It’s just like the effects of the negative words on Dr. Emoto’s jars. But we have the infinite love of a merciful God who will kneel down and weep with us through the pain of the sins we have committed. He will be with us, grieving our sins, and correcting us so that we can be brought back into fellowship with Him. That is the heart of our Father. And that is the heart of His son, Yeshua. YHVH is Holy, and He cannot have communion with sin, so at times His judgments seem harsh- but that is because we often underestimate the power of our sins. Sin isn’t just simply a “separation from God” like you might hear some people say. It is that. But it is also a very real force that destroys. And we have no way of knowing just how far it can travel.

Think about that the next time you think that it’s just a little white lie.